The lost girls of Paris : a novel / Pam Jenoff. 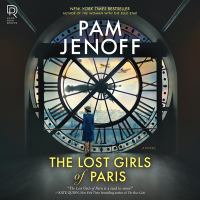 The Lost Girls of Paris
by Jenoff, Pam; Thaxton, Candace (Read by); Knowelden, Elizabeth (Read by); Meire, Henrietta (Read by)
Rate this title:
vote data
Click an element below to view details:

The Lost Girls of Paris

Pam Jenoff was born in Maryland and raised outside Philadelphia. She attended George Washington University in Washington, D.C., and Cambridge University in England where she earned her master's degree in history. She then was appointed as Special Assistenat to the Secretary of the Army. She worked helping victim's families of Pan Am Flight 103 secure their memorial at Arlington National Cemetery and observing recovery efforts at the site of the Oklahoma City bombing. Following her work at the Pentagon, Pam moved to the State Department. In 1996 she was assigned to the U.S. Consulate in Krakow, Poland. It was during this time that Pam developed her expertise in Polish-Jewish relations and the Holocaust, working on matters such as preservation of Auschwitz and the restitution of Jewish property in Poland. Pam left the Foreign Service in 1998 for law school and graduated from the University of Pennsylvania. She worked for several years as a labor and employment attorney and now teaches law school at Rutgers. Pam is the author of The Kommandant's Girl, which was an international bestseller and nominated for a Quill award, as well as The Winter Guest, The Diplomat's Wife, The AmbassadorÂ¿s Daughter, Almost Home, A Hidden Affair and The Things We Cherished. (Bowker Author Biography)